Madan Kamdev Temples - Khajuraho of Assam
1. Madan Kamdev is an archaeological site in Baihata Chariali, Kamrup, Assam. This place dates back to the 9th and 10th century AD. Excavation and ruins here shows the prosperity and might of Pala dynasty of Kamarupa(earlier name of Assam) 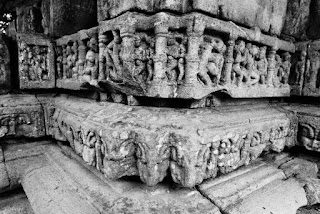 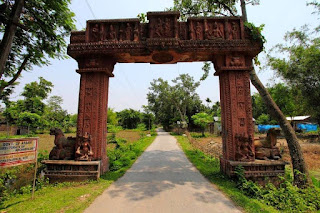 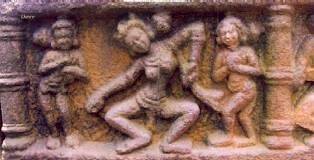 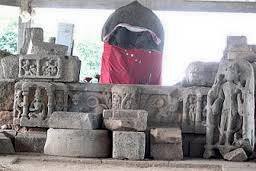 2. Madan Kamdev, the mini Khajuraho, is a scenic place for tourists and a true heaven for archeologists. Discovered as early as 70s, situated in a green eden on the Dewangiri hill of Kamrup district, Madan Kamdev is a mavel speaking the glory of Assam's medieval era.It requires a beautiful drive of just 40 from Guwahati, over the Saraighat bridge on the mighty Brahmaputra, to the hillock of Dewangiri and Madan Kamdev. A place not known to the modern world till just four decades back. It was only 1977 when a excavation project by Indian Archeological Department revealed a hidden medieval world of rich culture under this hill. This new discovery is known as Madan Kamdev and is a thrill to the tourists.
3. Spreaded over a length of half a kilometer, a vast area, ruin of 13 temples including the main temple, Madan Kamdev, speaks the glorious years of a lost kingdom. The art in the sculptures in the temples portray expressions of erotic acts which can be or else seen only in the famous Khajuraho temples of Madhya Pradesh. Such beautiful sculptures fill the walls of the temple which is an architectural marvel. Apart from such Khajuraho like art, the temples also contains beautiful statues of six-headed Bhairav, four-headed Shiva, six-headed Vishnu, Kalpavriksha, various Apsaras, etc.
4.Madan kamdev is not only an archeological wonder, it's also an eden inside the green forests of Dewangiri hill. The scenic beauty and chirping birds around the ruins of temples make it heavenly. The rive Madankuri flows below the hill and also a vast swampy land extends to the Gopeswar hill on the west.
5. In 1977, the Archaeological Directorate of Assam took over the responsibility for this area. They started the excavations of the statues under the supervision of Dr. Pradeep Sharma. In addition to the main temple, his team found ruins of 12 more temples. Analysis of the temples and the idols engraved on the walls, led them to conclude these were constructed during from the 10th through 12th centuries. According to Dr. Sharma, Kamarupa kings of Pala dynasty, namely Ratna Pala, Indra Pala and Go pala ordered it's constructions.
6.As per legend, here are accounts of the Madan-Kamdev. It says that Lord Shiva burnt the God of Love Kamdev to ashes for disrupting his tapas(meditation). Kamdev later is reborn in this place.
7.Near Madan Kamdev, an old temple of lord Shiva, known here as Gopeshwar, is located in the village of Deuduar. Nearby is a large cave known as Parvati Guha (Parvati Cave), after his consort. Madan-Kamdev is incomparable in its arts and beauty, its the true wonder of Brahmaputra Valley. There is still scope of excavation in the area and the hope for more discoveries still lies in Madan-Kamdev.
Posted by Unknown at 10:25 AM