Dimapur and it's mysterious ruins - Ancient Nagaland
1.Dimapur is the largest city in Nagaland, India. In the Middle Ages, it was the capital of the Dimasa Kachari rulers. In the heart of the town there is an old relic of the Dimasa Kachari Kingdom which speaks about the once prosperous era.
2.Dimapur is the ancient capital of the Kachari tribe, whole rule existed before the 13th century AD. Reminiscences of the glory of this kingdom can be found on the ruins that are scattered in and around the town. These ruins give evidence of a culture that probably had a touch of Hinduism, but were predominantly Non-Aryan. besides monoliths, Dimapur contains other ruins of temples, embankments and baths. 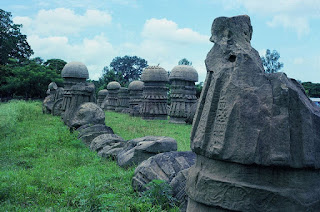 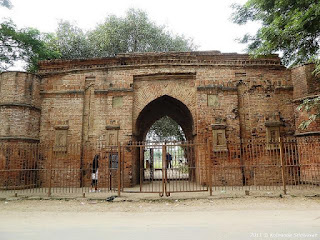 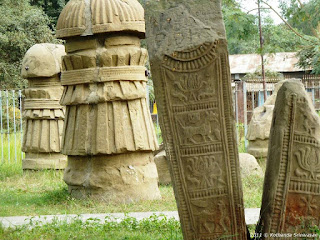 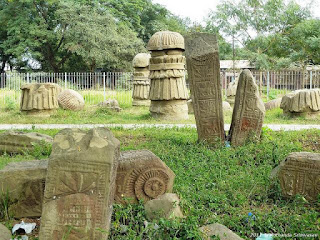 3.Situated on the banks of the Dhansiri, (originally known as Dong-siri meaning a ravine of peaceful habitation) Dimapur, often described as the ‘Brick City’ by European scholars and also by the Ahoms, was the ancient capital of a ruling nation, the Dimasa, who were once a powerful and predominant race in the Entire North-East India region particularly the Brahmaputra Valley.
4.There are two versions of how Dimapur got its name. Many writers are of the opinion that the name ’ Dimapur’ was derived from Dimasa Kachari words Di-meaning water, Ma-meaning big and Pur-meaning city or township in Dimasa dialogue. While other believe that Dimapur is a corruption of Hidimbapur, meaning the city of Hidimba of Mahabharata fame whose wedlock with Pandava prince Bhima gave birth to Ghotokacha, who is believed to be the progenitor of the Kacharis. Later Hidimbapur devolved to Dimbapur and then finally to Dimapur.
5.In some Dimasa Kachari folklores Dimapur is often referred as Dimabang Halali, which implies that Dimapur was originally known by that name but was Sanskritized later by the Brahmins. In Ahom Chronicles, Dimapur has been described as ‘Che-din-chi-pen’ (town-earth-burn-make) meaning ‘brick town’ or ‘ Che-Dima’ meaning town of Dimasa.
6.The seat of capital of Dimapur Kingdom was originally surrounded by bricks walls of four feet wide, sixteen feet high with outer ditch running alongside the walls of sixteen feet width and twelve feet in depth except on the southern side where the River Dhansiri served as the natural ditch. On the eastern side there was a fine solid gateway with brick masonry of pointed double arcs. The gate was secured by double heavy doors hinged in pierced upright setting of solid stone blocks. At both ends of the battlement there were turrets of half quadrant shape and in between the arc-way and the turrets were niches resembling ornamental windows. On both sides above the arc there were symbolic works of sun flower. There were originally inset by bright brass coating and could be seen dazzling from the great distance. Inside the fortified city, there were seventeen artistic stone pillars. These stone monuments were decorated with carvings of foliage, flowers, familiar animals and birds but nowhere any human images of gods and goddesses were seen.
7.The present Dimapur is the commercial capital of Nagaland and is one of the fastest growing townships in the entire North-east region. But irony is, in the name of the modernity and development, this ancient city of Dimapur, whose historical relics finds a place in the World.
8.So many assumptions,so many theories...but the fact is,we know really very little about our great grand ancestors of Nagaland.
Posted by Unknown at 10:01 AM