1.Gudimallam is a small village located in Chittoor district(Andhra Pradesh). It is seven miles away from Tirupati.

2.This small village came to significance,due to it's very beautiful Shiva Temple with history of thousands of years.

3.The main importance of the temple lies in the Linga which is housed in the Garbhagriha of the temple and considered as the only one of such type.

4.It is the earliest Linga discovered so far and it has been assigned to the 3rd century BCE.( Satavahana period)

5.From 2,300 years, A Shiva Linga has been being worshipped by the people continuously without any breaks. This is one of the most amazing things in the Indian history.

6.Some of the Copper coins obtained at Ujjain and belonging to the 3rd century of BC. contain figures which resemble the Linga of Gudimallam. A 1st century sculpture in the Mathura Museum also contains a figure resembling the Gudimallam Shiva Linga. 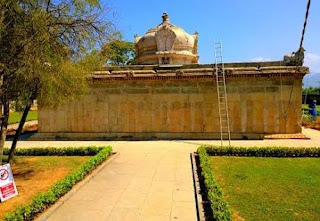 7.A mysterious event associated with the temple is that of the main chamber getting flooded every sixty years. A small underground tank and a duct connecting the tank to the Shiva lingam can be seen even today. These remain stone dry except during the 60 year phenomenon when water suddenly gushes through with such force that it rises over the column of the lingam, flows over the top and subsides as suddenly. The last time this happened was on December 4, 2005. Monument attendant P. Seenappa, who has recorded the incident in the temple register, says that the episode lasted just a few minutes. The water then fell and remained at six inches for four hours, after which it disappeared as though it was never there. Oldsters remember it happening earlier. Ramanaiah, a 75-year old villager said that he saw a similar phenomenon in 1945, except that the entire chamber had got flooded then.Devotees believe that the water comes all the way from Kashi to do abhishekam to the lingam. 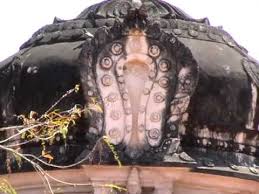 8.According to many Scholars, Saivism and worship of Lord Siva were also deeply rooted in the southern part of the Indian subcontinent following the great Indus civilisation in the North India. Migration and trade relations in the early 3rd century B.C. connected the North and South India.
Posted by Unknown at 1:49 AM