BURRA KATHALU - A forgotten art form from Telugu land
1. Burrakatha is a Telugu art and it’s known by different names in various regions. It is called jangam katha in the coastal areas of Andhra Pradesh and tamboorakatha or saradakatha in Telengana. It is called tandana katha or suddulu in Rayalaseema.
2.The word 'burra' means 'tambura', which is a stringed instrument that looks like a veena, while 'katha' is the actual story that the artist narrates. Burra is shaped like a skull and made out of baked clay, dried pumpkin, or copper. This art of story-telling began in the form of songs of tribal people. Burra Katha is a 20th century name for the theatre show Jangam Katha, jangams being wandering minstrels who worshipped Lord Shiva.
3.Two performers participated in these plays: the main protagonist and his consort. In time, the performance has moved away from traditional and has become more secular, with three performers as of now; gender being no restriction. With societal and cultural changes, the secular aspect was incorporated into this form. 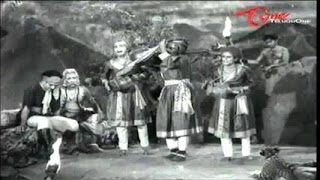 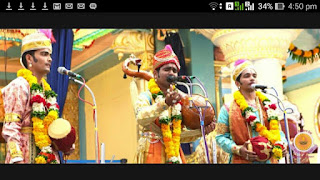 4.Burrakatha has been a past time and recreation tool for villagers since a long time now. It is also performed during various festivals like the Dussehra or Sankranti, where stories from the great epics Ramayan and Mahabharat are narrated. As part of Burrakatha, some of the best traditional stories related to kings, including Kambojaraju Katha, Chinnamma Katha, Muggurumoratila Katha, are also rendered and gather a lot of keen audience.
5.Notably, the art form was also used during the Indian Independence Movement to generate a lot of awakening and spread relevant messages amid the people. It was once even banned by the British government due to its inflammatory nature.
6. Origin of Burrakatha
According to Jangam folklore (kulapuraanam), one day the forefathers of the Jangam tribe made a trip to the forest to hunt for rats. In their pursuit of digging, God Parameswara (Lord Shiva) and his wife goddess Parvati saw them. The latter felt bad for their low living standards. She requested the lord to provide them with a better life. When the lord argued that they did not deserve a better life, goddess Parvati insisted. The Lord suggested that he would decide their fate post a test. He became an old man and goddess Parvati, a young and beautiful woman. When they accosted the tribesmen in the forest and suggested a better way of living, the latter made fun of the lord and disrespectful to the young woman. In anger, Goddess Parvati cursed them to a life of begging and nomadic living. Since then, these people are known as jangam (nomadic) tribes.
7. The main performer (‘KATHAKUDU’) plays the ‘tambura’ as he dances rhythmically moving forwards and backwards on the stage while reciting a story. He also weras a metal ring and carries a ring in his palm to add to the tempo while he sings. The co-performers play two-headed earthen drums(‘DAKKI’)to accentuate the songs. All the three performers will be wearing anklets with tiny bells called ‘ANDELU’ or ‘GAJJELU’ which add to the music when they dance and perform. One of the drummer is referred to as the ‘RAJKIYA’ and he comments on contemporary political and social issues even if the main story concerns historical or mythological events. The other drummer is known as ‘HASYAM’ and he cracks jokes and provides comic relief and constantly keeps the audience well entertained and keeps up their interest in the performance. The performers regularly address each other and the co-performers often interrupt the main performer to ask doubts and they add emphasis to the main events in the story with short words and phrases.
8.Generally, the performance would begin with a prayer song. Then the main performer introduces the story by establishing the place, time and historical context of the action. The co-performers repeat the refrain of the narrative. The story begins with the statement, “VINARA BHARATA VEERA KUMARA, VEERA GADHA VINARA” which means,HEAR, THE YOUNG BRAVE SON OF BHARAT(INDIA), HEAR THE STORY OF THE BRAVE and the co-performers affirm the proceedings with the words ” TANDHANA TANE TANDHANA NA “. After these introductions, the main plot begins in which all three performers take an active role assuming various characters in the incidents, as well as providing narrative bridges between incidents.
9.The saddest part ,this wonderful art,which entertained people for a very long time finds no place in this modern world,internet and movies has taken over. That's why the burrakathas are not being seen and no one is there to develop this and improve the art. So these burrakatha tellers left their traditional art and moved on to other works.
Posted by Unknown at 10:37 AM