Kalaiyar Kovil  -  Temple that holds many tales to share. 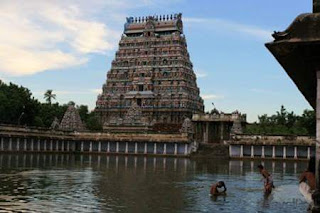 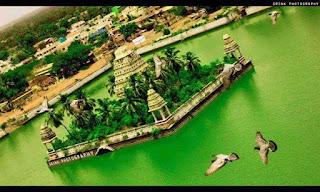 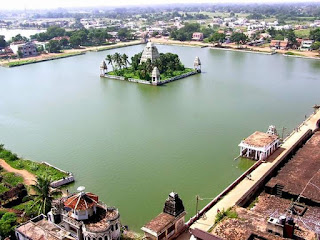 2. Kalaiyar Kovil derived its name from the Kaleeswarar temple of the place. Kalaiyar is a corruption of the word Kaleeswaran.During the Sangam period, this place was known as Kaanapair as is seen from the 21st verse in the purananooru sung by Iyur moolakizhar, a poet of the Sangam period. In the 9th Century A.D. Saint Sundara moorthy nayanar described the presiding deity in his devotional songs as Kaalai. Since then the deity was known as Kalaiyar, with the Tamil sufix yar added to it denoting respect.

3. A lofty Rajagopuram (150 feet) and an imposing Teppakkulam tank (with a mandapam) named Aanai madu adorn this shrine. Airavatam the elephant of Indra is said to have created this tank. There are three shrines in this temple associated with the three functions of creation, preservation and completion. The presiding deity lord shiva is called as Kaaleeswarar, Someswarar, Sundareswarar and the Ambal his consort mother Parvathy is called as Swarnambikai, Soundara Nayagi, Meenakshi.

4.Story of Marathu Brothers and their sacrifice

On 25th June 1772, the Company forces under Col. Joseph Smitt and Cap. Bonjour marched towards Kalayar Kovil. The second king of Sivaganga, Muthu Vaduga Natha Thevar (1750 - 1772) and Maruthu brothers defended it bravely. Rajah Muthu Vaduganatha Thevar in anticipation of the English invasion made every possible preparation for defence. But the brave Rajah Muthu Vaduganathar with the many of his soldiers fell dead in the kalaiyarkoil battle. The invading English forces plundered Kalaiyarkoil and collected jewels worth 50,000 pagodas.

The temple was kept locked and prayers stopped for some time. it was later re opened and substantial repairs and development were done by Devakottai Zamindar. In fact Shree AL.AR.RM.Arunachalam Chettiar, Zamindar of Devakottai took up sanyas from Koviloor and moved to the vedantha madam at kalayar kovil. He was known as Shreelashree Jamindar Arunachala Gnana Desiga Swamigal and his samadhi is in the rear of the madam.
Posted by Unknown at 2:05 AM